I’ve been seeing a common issue while patching Project Server 2013 as of late. PSCONFIG will run but I’ll get this error before it all blows up. (Well not literally but you admins know what I’m talking about).
An exception of type System.ServiceModel.EndpointNotFoundException was thrown.
Additional exception information: There was no endpoint listening at http://localhost:32843/SecurityTokenServiceApplication/securitytoken.svc that could accept the message. This is often caused by an incorrect address or SOAP action. See InnerException, if present, for more details.

I spent about 2hrs trying to figure out what was going on, then realized it can’t find a listening endpoint if WWW isn’t running… Yeah, it was that simple.
So when you start psconfig make sure www is running. I just opened another powershell window and ran “net start w3svc” which will start the WWW service.  Seems to be happy after that and completes without and issue after that. (or at least without that endpoint listening error)

I’ve only seen this on Project Server 2013 farms as of late, although I vaguely remember something similar while patching a SharePoint 2013 farm without Project Server on it.
One thing to note: I wasn’t seeing this error in my cmd window when I was running this psconfig as such:  psconfig -cmd upgrade -inplace b2b -force, I had to add the -wait parameter and then it started showing up.
Anyways hope that saves my fellow admins a few minutes next patch cycle.
Happy SharePointing.
TRM 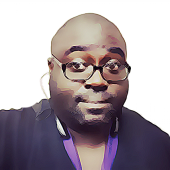 Powershell Get Contents of GAC